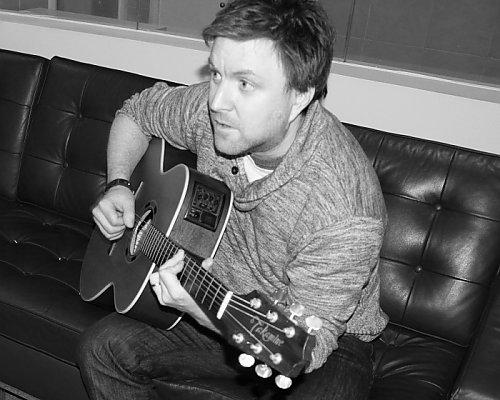 Adam Burns studied percussion and piano at the Royal Northern College of Music in Manchester. After graduating, he decided to follow a career in composing and his debut was to write the theme tune for televised coverage of the National Hairdressing Championships. Several bizarre programs later, he went on to soundtrack prime-time shows for ITV, Channel 4 and Channel 5, including John Sergeant on the Tourist Trail, Transformed, Racing Rivals, Three Kings at War, How the Other Half Learn and The Underdogs. He produced several soundtracks for renowned art documentary makers Illuminations, scoring music for notable exhibitions at the Tate Modern and the Victoria and Albert museum. Adam has also scored numerous adverts for clients including Sony Ericsson, Pizza Hut, Proctor and Gamble, The Times, Scholl, Wacom, Unilever, BT, Kinder and Barclays. Adam's work can be heard on many TV shows including Master Chef, Grand Designs, Newsnight, UEFA Champions League, The One Show, The Hairy Bikers, Come Dine With Me, Saturday Night Live and The Great British Bake Off.